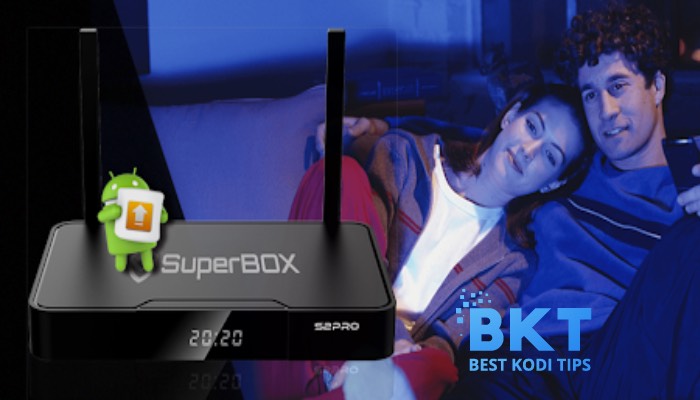 At this particular time, people are stuck at home. We have more time to accompany our family. Watching TV series or sports matches with families after a meal has become entertainment that we cannot realize during busy days. And with the development of the internet, TV Boxes have become the intelligent center for home entertainment.

As a content provider for TV, the TV Box is put aside on the TV stand. People care more about the software and hardware configurations. When choosing a TV box, we should consider the technical background and brand strength. In this aspect, I think SuperBox is worth trusting.

SuperBox has a professional team that devotes its attention to content and customer services. Their engineers develop the hardware and software at the highest level to prevent buffering and other problems that could happen. You can get the best service while streaming flourishing content.

Compared with their old version SuperBox S1 Pro, the SuperBox S2 Pro has gained leaping progress in its performance. Firstly take a look at the surface design. They adopt a fashionable rectangle design with a dual antenna in the back. In the front of the box, we can see the clock led display. The port in the back has the power input, HDMI, and Ethernet connector.

Two USBs (USB 2.0 and USB 3.0) and a Micro SD port are on the right side of the box. For a more stable operation, they designed ventilation holes to protect the TV box and keep the device cool while running for a prolonged duration. SuPerBox also has a high-performance hardware configuration.

SuperBox S2Pro has a powerful Quad-Core ARM Cortex-A53 processor, a sound processor choice for single high thread, and FPU/Neon performance for a wide range of applications. When using the SuperBox S2 Pro Android TV Box, your applications won’t consume much memory and will run smoothly.

They adopted the Android 9.0 operating system. Many people do not know that Android 9.0 is specially designed for Android Television. It is the most stable operating system for streaming TV, has high security, and can be more compatible with third-party applications. 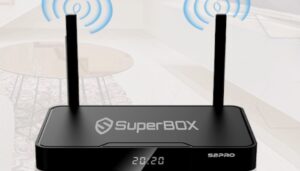 SuperBox S2 Pro has also updated its network module. The new adding a dual antenna and dual-band(2.4G+5G) wifi support multiple shared channels. You can surf by your mobile phone, PC, and the TV box simultaneously and enjoy the unlimited internet. You can fast-forward or rewind at any time without freezing.

SuperBox also comes with a practical remote control. You can use the shortcut keys to navigate directly to the apps you need. You only need to press a number to access the app instead of back up several times and scroll around to find it by a simple setting.

A suitable device must be user-friendly. Many TV boxes keep cluttered interfaces with little adequate information. People can hardly find what they want to watch. But this SuperBox S2 Pro clarified clearly, and you don’t need to flip constantly. The setup of the SuperBox S2 Pro is also effortless.

It works by connecting the HDMI cable to your TV like the traditional TV Boxes. Access the UI system of the box after the boot animation shown on the TV. Setup will be down after a simple connection with the internet. You can set up within 5 minutes even if you know nothing about technology. And this is easy to use for the old and kids.

I seldom saw the antenna on other Android TV Boxes. SuerBox S2 Pro adopted the external dual antenna and dual-band(2.4G+2.5G) wifi for a more wifi connection. That will strengthen their sending and receiving signals, and the antenna is super flexible.

SuperBox S2 Pro added the playback function for those who cannot stream on time to make users catch their favorite TV series and sports matches. Many of the TV boxes in the market would say they support seven days of playback, but what works is you need to record what you want to watch then you can playback.

On SuperBox S2 Pro, you don’t need to do such a troubling thing. You don’t have to record when you are not at home. You can directly playback what you want to watch with this function and never miss your favorite shows.

What attracted me most was their rich content. Most of the Android TV Boxes we can see on the market need to download a player like Kodi to watch the TV series or movies. As a fully-loaded set-top box, SuperBox S2 Pro offers over 1300 streaming channels and 10000+ movies for people to stream on-demand.

You don’t have to download any apps for streaming. They update the content frequently. You will not worry that you can not find what you want to watch. Some new to the android tv box would ask if there is a monthly fee for the box?

No, you only need to pay for the box then you can go streaming without any ongoing fees. Do you want to watch thousands of TV channels without a monthly cable fee? Then go to get your SuperBox S2 Pro Android TV Box.

You can download apps at the app store to meet your different needs. If you want to watch Disney+ or Netflix, install them in the app store and log in with your ID, just as you did on your smartphone.

Some people may suffer from the problem that they got no after-sales service and have to fix the box by themselves. SuperBox has a professional technical team and customer service team. You can find their contact information on the home screen surface. Any problems feedback to them they will try their best to solve.

Might you ask that is SuperBox Android TV Box legal? I would say yes, SuperBox is a legal Android TV Box. Purchasing set-top boxes to watch content from the internet on your TV is legal.

People tend to choose a set-top box to watch TV instead of using the mobile phone because the screen on the phone is too small or they want to watch the movies with their families. So the Android TV Box has become a good choice for them. As mentioned above, SuperBox sells the set-top box and its rich content.

Maybe you are tired of the endless TV subscription bill and costly pay-per-view events. Then the SuperBox S2 Pro would be a perfect choice for you. It’s an excellent time to cut the cord, cancel your monthly cable subscription and continue to enjoy a flourishing TV channel, high-definition sports games, and your favorite movies.

Can’t See Hidden Files on Mac, What to Do?

Working with Securities, Futures, and Cryptocurrency: What You Need to Know 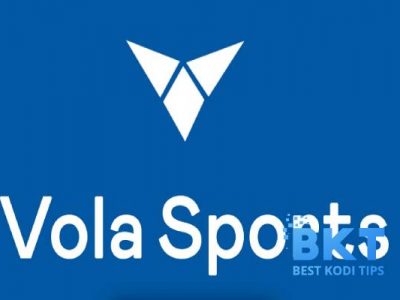 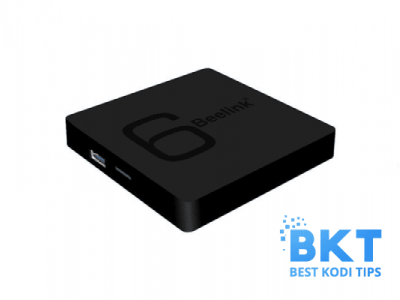 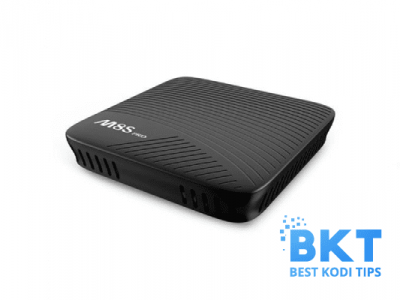 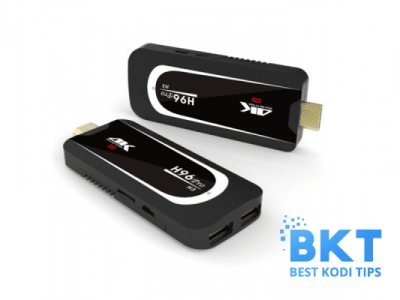