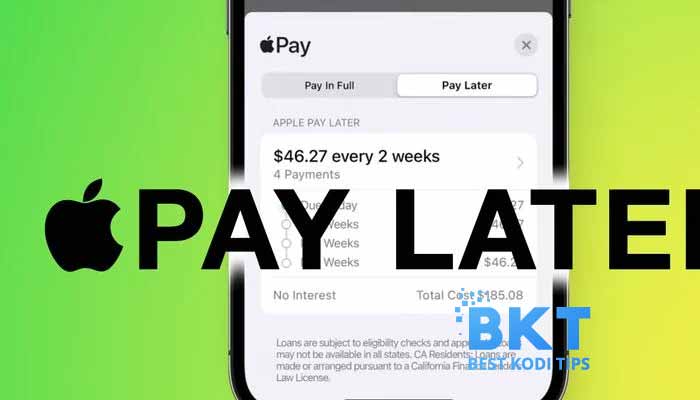 Due to technical engineering issues, Apple Pay Later, an anticipated service from Apple that would allow qualified US consumers to divide a transaction into four equal payments over six weeks, is allegedly being delayed until 2023.

Apple Pay Later, which was announced at WWDC in June, would be “coming in a future update” to iOS 16, although no exact schedule has been revealed. Bloomberg’s Mark Gurman stated today in his Power On email that the service would most likely be delayed and released in the spring as part of an iOS 16.4 upgrade.

This leads me to conclude that the corporation is unsure when Apple Pay Later will be available. It is probable that the functionality will not be available until iOS 16.4 in the spring. According to what I’ve heard, there have been substantial technical and engineering issues in rolling out the service, which has resulted in the delays.

Apple Pay Later will be integrated into the Wallet app and will be accessible for online and in-app purchases on the iPhone and iPad. With iOS 16, the Wallet app, as well as the future Apple Pay Later service, acquired additional capabilities such as the ability to track online orders and more.

New iPads and Macs May Be Announced Through Press Releases, No October Event