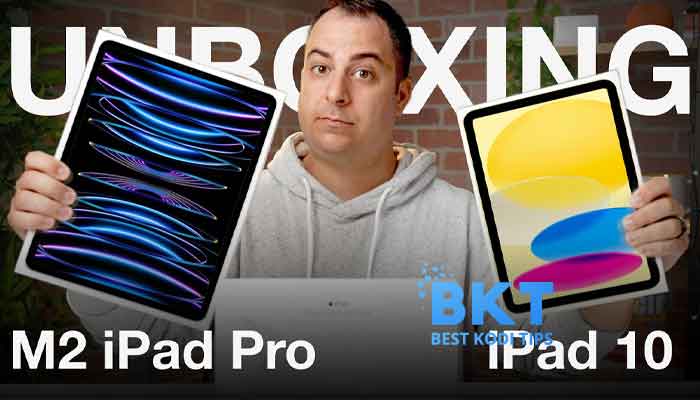 Yesterday was the official launch day for Apple’s 10th-generation iPad and M2 iPad Pro models, which were revealed last week.

The revised 11- and 12.9-inch iPad Pro models aren’t especially intriguing, since Apple hasn’t made any design or functionality upgrades.

Apple improved the M2 chip, which is the same chip used in the MacBook Air. It offers up to a 15% increase in CPU speeds and a 35% increase in GPU performance over the M1, but the M1 was already rather robust, so casual users would barely notice the difference.

There’s a new Apple Pencil hover feature that allows the display to detect the Apple Pencil while it’s 12mm away from the screen for new sketching, drawing, and interface functions, as well as Wi-Fi 6E compatibility for quicker connection rates, but that’s all there is to it.

The low-cost iPad received a significantly larger upgrade, but it’s no longer as cheap, with prices starting at $449 rather than $329. It no longer has thick bezels or a Touch ID Home button, instead using the same Touch ID power button as the iPad Air and iPad mini.

It now has a larger display size (10.9 inches) and a wider spectrum of vivid colors to pick from, as well as a quicker A14 Bionic CPU. It has a better 12-megapixel back camera and is the first iPad with a landscape front-facing camera.

The low-cost iPad now supports USB-C and 5G connection, as well as a Magic Keyboard Folio built by Apple, making it very similar to the iPad Air. If you have a previous-generation low-cost iPad, it is unquestionably a significant advance, and it is still $150 less than the iPad Air.

Use 3D Rendering Services to Build Your Brand