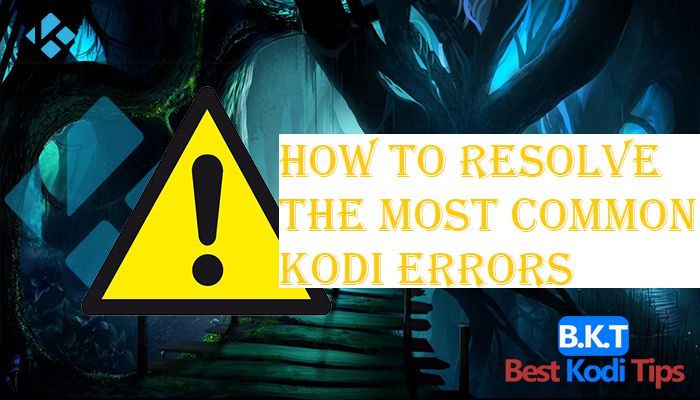 Kodi, though highly popular and widely used, comes with a few technical errors as well. The basic feature that appeals to most users of Kodi is its ability to stream different formats of video/other media from one place. While doing this, the software tends to take in a multitude of add-ons. These add-ons are essential to make Kodi the dynamic program it is, but they happen to slow the program down and you get errors like a video stream being not available or suddenly going into buffering mode.

Given below are some of the common errors that users have reported while using Kodi and the remedies you can employ to get out of them and continue watching your favorite video, unhindered.

Common Kodi Streaming Issues and How to Resolve

If you tried playing a media file on your system and if it just won’t start or even if starts, it appears to be only buffering and not moving forward, there is definitely an error. Some users have reported that a movie they downloaded and played through Kodi ran only for a short period before the picture froze.

#1 Get the Latest Version of Kodi

The basic point to be first understood is that you should be running the latest version of Kodi. You may be aware that you will have to install updates of the Kodi software manually. There is no provision for it to happen automatically, as it does with many applications.

If you are not familiar with how this is done, here is a step-by-step guide to do it:

This should do away with issues related to the Kodi version being older. There are other solutions too that address the streaming/buffering errors on Kodi.

Streaming Issues? Your Add-ons Need an Update Too

The following steps describe how you could carry out updating the add-ons you have installed along with Kodi:

You May Have to Invest in Real-Debrid

If you are a regular user of Kodi with all its add-ons, there is every possibility you would have heard about Real-Debrid. One has to pay and make a purchase of this tool.

Here’s how it works with Kodi’s system:

Kodi uses the add-on to stream a video from a particular link on the internet. This link could get broken on occasion for a variety of reasons. Real-Debrid helps with resolving this issue and even in the event of a link getting affected, this tool immediately sets about repairing it and you get seamless streaming of the video, whether it is a movie or other content.

The last solution in this area relating to the streaming and buffering issues while using Kodi is to go to the individual add-on location and then find its settings to clear the cache.

Having taken care of the errors that one comes across with the media streaming software Kodi, it is now important to learn solutions that exist to tackle Kodi errors.

Some of these relate to creating provisions for handling the application and making more resources available to Kodi within your system. This is not a difficult task since Kodi itself does not occupy much space.

However, keeping Kodi files in a separate folder with an XML extension has been found to be quite effective in removing many Kodi errors.

The way to creating this XML folder depends on the operating system you use. If it is Windows, the following steps are needed:

For other operating systems like iOS or MacOS or Android, you can look up the correct way to reach the User Data folder to add this file. The command in each case will vary and you need to use the correct one to complete this work.

Now that you have created this file in the User Folder, you can take full advantage of it by issuing a series of commands to the system to make the working of Kodi quite smooth on your device.

Here are the steps outlining how this is done:

Check the random-access memory, more frequently referred to as RAM, of your device. It is usually represented in GB or gigabytes. This determines the volume of memory any application running on your device occupies.

By inserting a command within your XML extension file that you created, you can allocate a third of the RAM your device has, for the exclusive use of Kodi. This means that irrespective of what is keeping your system busy, when you have chosen to run Kodi to watch a movie or any such media, the RAM won’t be a limitation and you can continue using Kodi without any error cropping up.

But remember, this setting has to be in bytes and not in any other denomination. You must therefore first divide the RAM and then convert to bytes. For instance, the RAM is 3GB, you will allocate 1GB in this exercise and 1GB = 1073741824 bytes. (You can use an online calculator tool to help you with these conversions.)

On the Kodi error of buffering, the XML file can be used to set commands where particular media could be included for buffering and there are specific commands meant for these. You may like to take the help of someone very familiar with these to do it for you if you are not so confident.

This is another technical term but suffice it to say that it helps with making Kodi read a video file better and faster, therefore eliminating any drag or buffering while streaming the media.

This technique of setting the <readfactor> is also linked to the kind of processor that your device has.

These settings are done through specific commands within parentheses as indicated above and the spellings and other punctuation marks used have to be precise, including where space is provided or not provided. Otherwise, the commands won’t be activated and your objective of removing Kodi errors will be lost.

Many Kodi users report that when they play media using Kodi they get an error on the screen saying “Check the log for more information.” This may put off many amateur users.

Experts recommend an add-on called Indigo to help resolve such errors. Indigo acts more like a maintenance tool that can keep Kodi working smoothly. Here are some of its key utilities:

To give a few examples, Indigo can automatically clear Kodi’s cache and it can go on to delete packages and thumbnails that are not needed. Since it is designed to act unilaterally, you may not have to do anything and Indigo will know what actions to take to clean up Kodi and allow you to seamlessly use the media streaming software.

These will consume some time of yours but it is far better than getting irritated at the fits and starts that Kodi demonstrates while streaming content. Ultimately, there are some issues either with the software or with the way the add-ons interact with the other components in the system. Indigo ensures such anomalies are done away with.

By its construction, Kodi errors don’t show up on their own. At best, you may be advised to check the log. Indigo does it for you. It will show you the log and tell you the nature of the error as well. The “Log Viewer” feature on Indigo is used by many to post their issues online on forums, which then come to their rescue by suggesting the remedy.

Some Other Common Kodi Errors

Though many errors encountered with Kodi have been covered above, there are a few more which need to be mentioned here to make this guide as complete as possible:

People using Amazon Firestick on their televisions come up with issues relating to streaming videos from websites using Kodi. However, on closer scrutiny, experts found that the issue had to do with free streaming and paid streaming.

This and the fact that some add-ons may not be compatible with Firestick could lead to the error you get while running Kodi on Firestick. If the software has been properly installed, Kodi should work well.

Exodus is frequently the go-to site for avid watchers who use Kodi for live streaming and other streaming of videos. Errors are reported on this as well from time to time. On the face of it, there is no inherent issue between Exodus and Kodi. There can, however, be an add-on trouble or faulty installation of the software. Many of the remedies suggested above should take care of this too.

One point not covered here is the use of a Virtual Private Network. Most experts will agree that the addition of a VPN between your ISP handshake and your system or device would be a great utility while running Kodi.

By its nature, a VPN effectively hides your IP address and it is useful in removing any disturbances between the website and your device. Though there is a belief that a VPN can slow your internet connectivity speeds, a good VPN service overcomes this issue as well.

It cannot be denied that much of what has been described above could pose a challenge to an amateur user of the Kodi software. At certain places, it has been advised that it might be better to seek some professional assistance. This is particularly where settings need to be changed. It has to be conceded that while the stock Kodi software is easy and light to download and use. The large number of add-ons that bring that extra charm to Kodi happen to be its nemesis as well, in a narrow sense.

The factor, one has to keep in view is that the Kodi software in itself is an open-source program and there is no direct control over the way the add-ons are developed around it and then uploaded by independent/third party developers. This is one major reason why users confront errors with Kodi.

Experts agree with the general opinion among the Kodi users that the kind of errors that crop up are quite unique and not within the understanding of an ordinary user. That is one more reason for you to seek additional help; either through a knowledgeable person with some software skills and who can guide you to implement the above suggestions and/or you can access detailed resources online to know and understand how to get the best out of your Kodi streaming software.

Why is My Internet Always Slow at Night?

How to Fix Pair Error on Kodi – Olpair, Openload.co Error on FireStick 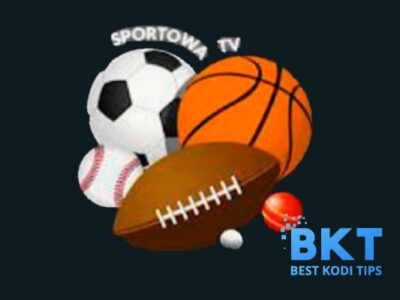